All About Meadows Museum Dallas Texas

The Meadows Museum is an art museum on the campus of Southern Methodist University in Dallas, Texas. The museum was founded in 1965 by oilman Algur H. Meadows (1899–1978) to house his collection of Spanish paintings and sculptures, which he began assembling in the 1950s. It now holds one of the largest and most comprehensive collections of Spanish art outside Spain, with works dating from the 10th to 21st century, as well as a collection of Portuguese sculpture. In 2013, The New York Times described it as “one of the foremost repositories of Spanish art in the world.” 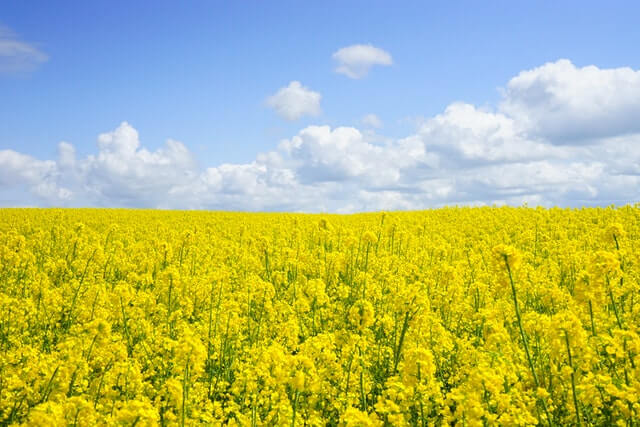 Meadows Museum Information The Meadows Museum is located on the campus of Southern Methodist University in Dallas, Texas, United States. It is one of the largest collections of Spanish art outside of Spain. The museum was founded in 1965 by oilman and art collector Algur H. Meadows, who funded the building that now houses the collection. It opened in 1977 and has since expanded twice to its current size. In 2014, it was named by USA Today readers as among the ten best museums in the U.S. Are you traveling with a large group? Consider a charter bus rental, perfect for medium to large sized groups. We service all major events, and common services such as weddings, birthday parties and more.

As you visit the Meadows Museum, you will notice that Spanish art is represented from the 10th century to the present day. The collection at this museum is considered to be one of the best international collections outside of Spain. The museum also has a library of over 35,000 books and resources about Spanish art and artists. In addition to the permanent collection of art at the museum, there are special exhibits that come from all over the world. Ready more fun? Be sure to check out Fine Dining in Dallas Texas

The Meadows Museum Dallas was designed by prominent architect Edward Larrabee Barnes. It's a blend of the museum’s Spanish theme and contemporary architecture. The circular floor plan is meant to mirror the layout of an ancient Roman villa. The building is made primarily of limestone, and its gray exterior color is meant to complement the surrounding natural setting. A large courtyard in front of the Meadows Museum serves as a gathering place before or after shows and events. The courtyard features eye-catching architectural elements such as fountains and several sculptures, including one called “Dalí” by Luis Sanguino from Spain. This courtyard provides plenty of room for people to relax on their own or with friends and family and soak up some sun or enjoy a small snack in between admiring some art inside the museum.

The Meadows Museum is a powerful example of when private means and public vision combine to create something truly extraordinary, an institution where innovative programming, world-class exhibitions and a dedication to excellence are the hallmarks of its success. The museum was founded in 1965 by Algur H. Meadows. An avid art collector, Meadows' interest in Spanish art led him to donate his collection to Southern Methodist University (SMU) in Dallas with the intent of establishing a museum that would bring greater understanding of Spain's historical and cultural contributions to America. If you are planning a trip to the Dallas area, with a large group of passengers you can count on a Dallas bus rental to transport your group to your desired locations. Enjoy stress free group transportation with a coach bus rental perfect for 45-60 passengers.

Meadows Museum, Dallas is open Monday through Friday from 10:00 am to 5:00 pm, Saturday from 11:00 am to 5:00 pm, and Sunday from 1:00 pm to 5:00 pm. The museum is closed on Mondays. The Meadows Museum exhibits include works by Velázquez and his contemporaries, as well as collections of modern art and Latin American Art. In addition, the museum hosts a variety of temporary exhibitions each year that showcase important works of art by renowned artists in one-of-a-kind presentations. Admission to the museum's permanent collection is $12 for adults; $8 for seniors age 65+, military personnel with ID; $4 for non SMU students with valid student ID; $5 for youth ages 6–17 (free on Thursdays); free admission for children under 6 years old; free admission on Thursday afternoons between 4 p.m. – 9 p.m.; free admission for Meadows Museum members at any time; half price admission during special exhibitions only for teachers, librarians and government employees with valid official photo ID card (card must show name of institution). Parking is available in the Bishop Boulevard Parking Center on Bishop Blvd., between Binkley Ave. and Hillcrest Ave., or the parking lot located at 6101 Airline Road near the corner of Mockingbird Lane and Airline Road. Both parking areas are equipped with handicapped accessible spaces along with pay stations where you may purchase your daily permit ($6). Daily permits allow you access to either lot or both lots if needed until midnight that day/night only and are valid at all Green Lot locations across campus except Lot R and Lot U which are reserved 24 hours a day 7 days a week

The Meadows Museum at Southern Methodist University in Dallas, Texas opened its doors in 1965. The museum is home to the only comprehensive collection of Spanish art outside of Spain — and houses nearly 6,000 works ranging from the 10th through 21st centuries. As one of the largest university art museums in the country, it presents a full schedule of exhibitions, lectures and programs throughout the year that provide a varied perspective on Spanish culture. The Meadows Museum owes its reputation as a cultural gem to SMU alumnus Algur Hurtle Meadows (1899-1978), who acquired most of his collection while living abroad during his career as an international oil businessman and philanthropist. When it came time for him to settle down, he chose Dallas and gave his entire personal collection — along with $9 million — to SMU with the hopes that it would someday be displayed in a dedicated museum building on campus. As you take in your surroundings within this spacious 100,000 square foot structure designed by renowned architect and fellow SMU alumnus George Dahl (1904-1987), you'll see why it took nearly two decades before these walls were finally able to house Mr. Meadows' vision of bringing Spanish culture to North Texas.

Meadows museum is an art museum located at Southern Methodist University in Dallas.

The Meadows Museum is a stand-out attraction for art lovers and those who appreciate the classic look and feel of a European palace with all the modern conveniences. The museum has a variety of exhibits and shows, including work from famous artists, such as Picasso, Monet, Degas, and Manet. The Southern Methodist University campus is home to this beautiful building that acts as an art museum. There are several galleries within the museum, each exhibiting different artists’ works at different times. The most popular gallery is the Meadows East Gallery. This gallery features contemporary artwork by world-renowned artists like Pablo Picasso, Vincent van Gogh, Leonardo da Vinci and many more. Other galleries include the Meadows West Gallery which houses modern works by artists such as Fernando Botero, Charles Whitehead and Harry Bertoia; the Meadows South Gallery which contains an array of sculptures; and the Meadows Fine Arts Center which displays fine arts such as paintings, sculptures and prints made by local Dallas artists.